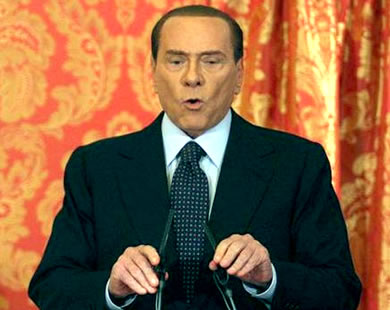 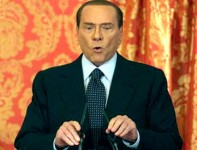 Mussolini had been wrong to pass anti-Jewish laws but had otherwise been a good leader, said Mr Berlusconi.

He was speaking at a Milan ceremony commemorating victims of the Nazi Holocaust.

He has not ruled out another stint as PM if his party wins polls next month.

His People of Freedom (PDL) party is hoping to form a centre-right coalition government with another party after elections on 24-25 February, but have not named a candidate for prime minister.

The media tycoon stepped down from a third term as prime minister in November 2011, when he was replaced by the technocrat Mario Monti.

“Obviously the government of [Mussolini’s] time, out of fear that German power might lead to complete victory, preferred to ally itself with Hitler’s Germany rather than opposing it,” said Mr Berlusconi, who heads a coalition that includes groups with fascist roots.

“The racial laws were the worst fault of Mussolini as a leader, who in so many other ways did well,” he added, referring to the 1938 laws that barred Jews from Italy’s universities and many professions.

The comments were swiftly condemned by the centre-left Democratic Party (PD), which is ahead in the polls.

“Our republic is based on the struggle against Nazi fascism and these are intolerable remarks which are incompatible with leadership of democratic political forces,” said PD spokesman Marco Meloni.

In previous controversial comments, Silvio Berlusconi has incurred the wrath of the British queen for talking too loudly at a photo-call, the Obamas, whom he described as “suntanned”, and the nation of China, by implying that Communist leader Mao Zedong boiled babies to fertilise fields.